Fitzrovia is a residential and business district in Central London to the north of Soho. Its boundaries are Great Portland Street to the West, Oxford Street to the South, Gower Street to the East and Euston Road to the North. The 189m tall BT Tower, visible from all around London, is located there. The tower was the tallest building in London until 1980.

The developed of the area started originally by Charles Fitzroy in the 18th century when he started developing Fitzroy Square for aristocratic families. The name Fitzrovia has been in use since 1930s and comes from the Fitzroy Tavern, which was originally a coffee house and reopened with its current name in 1919. It is a popular pub that was frequented by writers such as Dylan Thomas, Virginia Woolf and George Bernard Shaw.


The Fitzroy Square is a lovely square with impressive houses around it. Also the area surrounding the square is very cosy and has some lovely cafes, restaurants and mews such as Warren Mews.


Fitzrovia has a large media industry. Among others, the BBC Broadcasting House is located in the western side of the area. It’s also a home for many smaller media related businesses from advertising to film industry. There are also several university campuses.


Tottenham Court Road is known for the many furniture and home decoration shops such as Heal’s, Habitat and west elm.

Places to visit in Fitzrovia 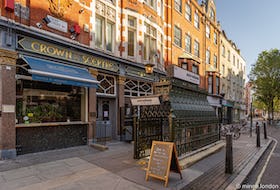 27A Foley Street Attendant Fitzrovia serves coffee, breakfast and light lunch in former Victorian mens' toilet. The coffee is from their own roastery and the food from the Attendant Kitchen. The steps from the entrance take you underground to a must-visit cafe.   cafes 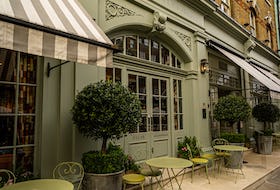 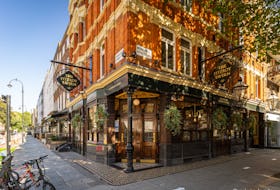 16A Charlotte Street The Fitzroy Tavern is perhaps the most well-known pub in Fitzrovia with a long history of famous guests such as Dylan Thomas and George Orwell.   pubs,restaurants 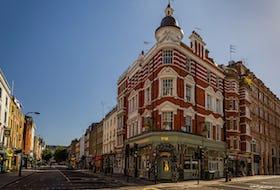 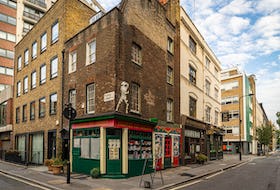 1 Scala Street The oldest toy museum in London is located in Fitzrovia has a collection of toys of different kinds from around the world. A speciality of the museum is an extensive collection of Toy Theatres.   museums 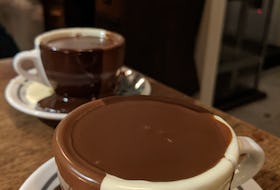 29 Rathbone Place SAID dal 1923 offers one of the best hot chocolates (molten chocolate really) in London as well as coffee, tea and pastries. Choose the flavour, the size and an optional extra spice (cinnamon, ginger, chilli, cardamom) or the "Triple Chocolate" special with three different types of chocolate, which is our favourite.   cafes 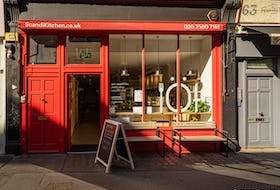 61 Great Titchfield Street If you want to buy some Scandinavian foods in London, the best bet is to visit SkandiKitchen in Fitzrovia. They have a selection of Swedish, Danish, Norwegian and Finnish foods, drinks and sweets. There is also a cafe with fresh sandwiches, buns and other items.   food,cafes

There are six tube stations around/in Fitzrovia. Great Portland Street, Warren Street, Euston Square in the North, Goodge Street in the centre and Oxford Circus in south-west corner and Tottenham Court Road in the south-east corner. It's located right next to Oxford Street and Soho and is easy to get to by walking too.

Oxford Street is the southern boundary of Fitzrovia and Soho is to the south from Fitzrovia.